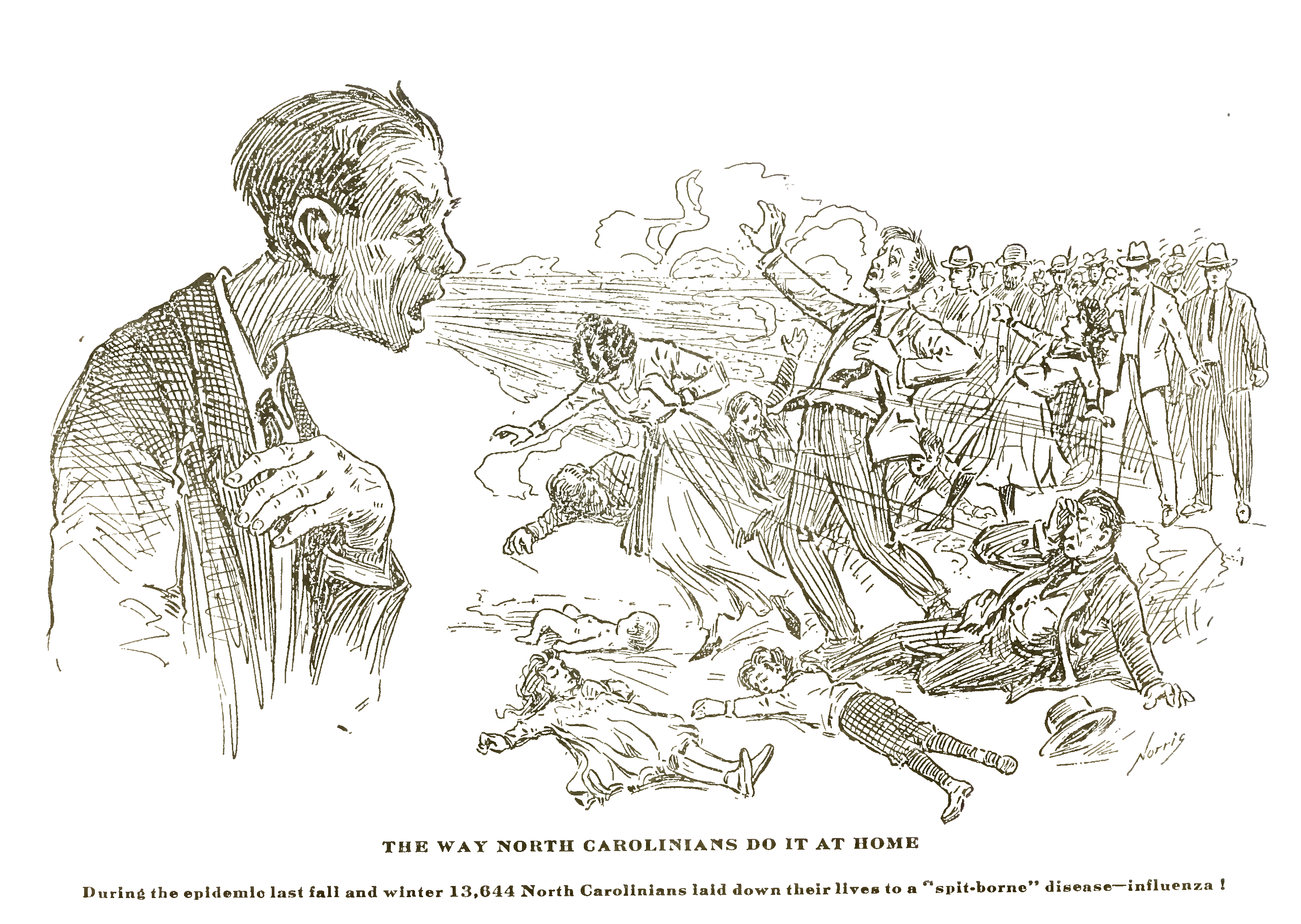 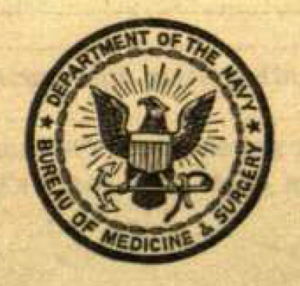 As I sit at home during the Covid 19 pandemic and practice “social distancing,” I am wondering about the last great pandemic, the 1918 Spanish Influenza. How did it affect my ancestors living on Hatteras Island? At the time Hatteras was a place where the populace was generally poor, isolated, and had little access to health care.

Searching online, I came across a report describing the experiences of Navy Chief Pharmacist Mate George McNabb. As a corpsman, he was dispatched to aid the citizens of Hatteras Island. At the time McNabb was enrolled in the Pharmacist’s Mate school in Hampton Roads, VA. He had not yet completed his studies. But the pandemic required an “all hands on deck” response. He received orders to proceed immediately to Manteo. Once there, he caught the next boat headed “down sound” for Buxton. Upon going ashore, he was to report to the commanding officer of the Cape Hatteras Coast Guard station.

McNabb described the meager supplies at his disposal to fight the pandemic: “My medical outfit consisted of a 4-ounce bottle of tincture of iodine, 1 clinical thermometer, 1 pound of magnesium sulphate, and 100 vegetable-compound pills. A few days later the medical supplies were increased by one standard torpedo-boat medical box.”

When he reached the Buxton landing, McNabb was poled ashore in a skiff where he was met by four carts and their drivers. Each was “vying to carry the heralded Navy doctor to their respective districts.” After a “lively debate,” it was decided that each would take a turns each day to drive him to their villages.

He was met with pleas daily as he reached each village. “Do come to my house, my boy has not slept for three nights”; “please come to my wife, she can not keep a thing in her stomach and has been bleeding from the nose at times”; and “…my brother is burning up with in’ard fever.”

Unfortunately, many of the islanders were so desperate that they fell victim to quack medicine. In one encounter, McNabb describes his experience: “The child’s mother brought out the medicine, and upon examination, it proved to be what was left of a large bottle of camphorated tincture of opium, with directions labeled: ‘A spoonful when needed.’ She stated that her daughter had not been complaining since taking this medicine.” Sadly the girl died shortly thereafter.

McNabb dealt with the sickness as best he could. He continued to serve on the island through 1920. A second wave of influenza broke out in Buxton, Frisco, and Hatteras. During his stay on the island, he became quite fond of the people of Dare County. So much so that he fell in love and married an Outer Banks girl Loza W. Midgett of Manteo.

As we continue to deal with the Covid 19 pandemic, it is rational for us to keep in mind the hardships our island ancestors endured 100 years ago and to not complain about the sacrifices we have to make today to keep everyone healthy and safe.

To read the complete report, click the link below:

Source: McNabb, George
1928 “Reminiscences of an Influenza Epidemic” in The Supplement to the United States Naval Medical Bulletin Published for the Information of the Hospital Corps of the Navy, Volume XII, Number 2, April 1928, 91-93. Accessed March 2020 at http://digital.ncdcr.gov/cdm/singleitem/collection/p249901coll37/id/14422/rec/18.